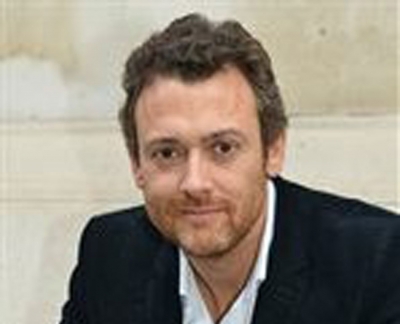 Richard Sullivan is Professor of Cancer and Global Health at King’s College London and Guy’s Comprehensive Cancer Centre. His global cancer research covers cancer systems strengthening, financing, political economy, global radiotherapy, VR enhanced surgical simulation training, social welfare and cancer care in conflict. He also has active research interests in conflict and health with a special focus on the Middle East, including Health Security Intelligence, Global Health Security and health systems strengthening in conflict. Professor Sullivan trained in surgery (urology) gaining his PhD in Biochemistry from University College London. Richard was formally Clinical Director of Cancer Research UK for nearly ten years and a consultant surgeon by background. He has worked with wide range of international organisations around issues of national cancer control planning with a particular interest in conflict zones. He is Editor-in-Chief of Journal of Cancer Policy, Chair of Trustees for eCancer and a national cancer advisor to a number of governments. Richard is a WHO NCD advisor, a member of the National Cancer Grid of India and currently convenor of the COVID-19 & Cancer Global Taskforce and a member of WHO Ukraine Emergency Health Committee. 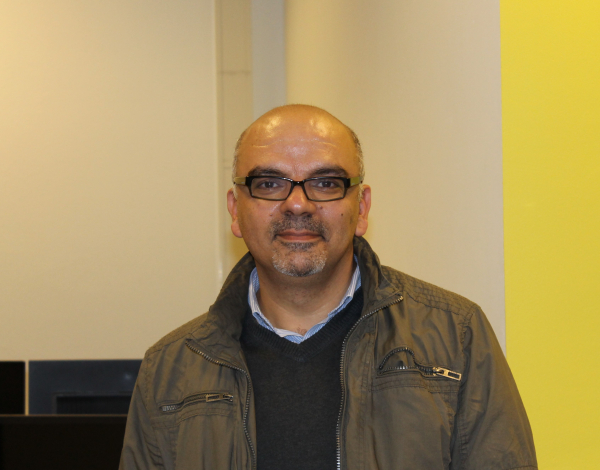 Dr. Zedoun Alzoubi is a highly qualified and organized professional with a background in strategic management, governance, peace building, and research. His managerial work in the public, private, and civil society sectors has gained him diverse experience. As a researcher, Dr. Alzoubi took part in many research projects with a focus on governance, civil society, humanitarian, and peace building. As a facilitator/trainer of the Women Advisory Board and Civil Society Support Room in the Office of the Special Envoy to Syria Dr. Alzoubi developed strong practical knowledge in gender, constitution, local governance, political systems, mediation and conflict resolution in the Syrian context and the Arab region. Dr. Alzoubi holds a PhD Degree in Management received from Arab Academy for Finance and Banking Sciences, and his post-doctoral studies in Technical University in Berlin TU 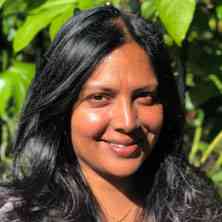 Preeti Patel is a Reader in Global Health and Conflict in the Department of War Studies, King’s College London. Dr Patel is currently Co-Principal Co-investigator for the Research for Health System Strengthening in north western Syria. She is a multi-disciplinary global health specialist working on countries and populations affected by armed conflict, with a focus on non-communicable disease issues, health systems and humanitarian health. At King’s she co-directs the CHRG. She convenes modules on complex political emergencies and health in the Department of War Studies, and conflict and health at King’s Centre for Global Health. Dr Patel has led several studies on tracking development aid for health in conflict-affected countries, global health governance and health systems in post-conflict areas. 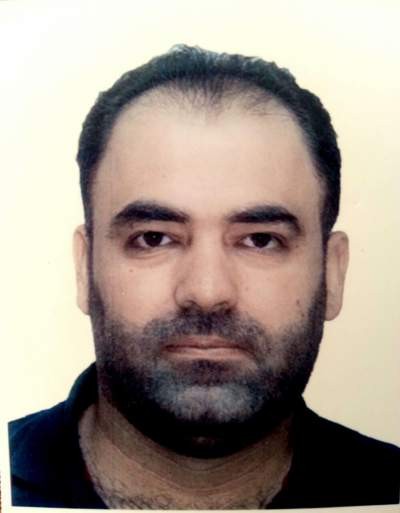 Munzer Alkhalil is a researcher at Research for Health System Strengthening in North West of Syria Project / 2021- 2022.

He has worked as General Manager at Idlib Health Directorate from 2013 until 2020.

He has worked as an orthopedist and manager of many Hospitals in Idlib province between 2011-2015.

From 2006 to 2007, Alkhalil was the head of the administrative body of the faculty of medicine at Aleppo University.

Dr Munzer is a co-founder of the first field hospital in Syria in 2011, Alamal hospital for orthopaedic surgery, Idlib Health Directorate, and many central health projects such as forensic medicine, drugs control, referral system, health information system and the health coordination body.

He holds a university degree in human medicine from Aleppo University in 2007. And he had a certificate of specialization in orthopaedics from the Syrian Board of Medical Specialties in 2017. He also holds an MSc Health Policy, Planning and Financing certificate from the London School of Hygiene and Tropical Medicine and London School of Economics and Political Science.

Dr Munzer had many diplomas in hospital management, health governance, health systems through crisis and recovery, and strategic planning from many universities.

He was granted many trophies from the presidency of the Syrian Arab Republic in 2009 for active participation in the voluntary actions in Syria. And from Aleppo University – Faculty of Medicine in 2007 and from the Political body in Idlib province and many health organizations.

Dr Munzer had several activities on society empowerment, building the local councils, documenting the use of chemical weapons in Syria, advocacy campaigns to stop attacking health facilities and personnel, and working with the Arab Observer Delegation to Syria to implement the plan of resolving the Syrian crisis and providing protection for civilians in 2011. 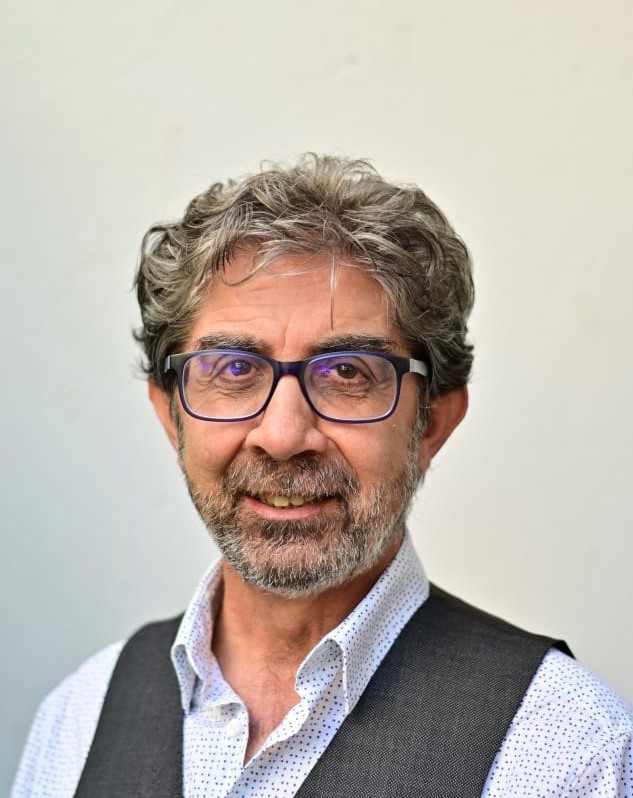 Fouad M. Fouad, M.D, is a Senior Research Fellow at King’s College London, UK and Associate Professor of Public Health Practice at the American University of Beirut, Lebanon. He’s  Co-Director of the Refugee Health Program at the Global Health Institute. Fouad’s current research focuses on the forced displaced population with a special interest in the Syrian refugee crisis, as well as the impact of this crisis on the health and the well-being of the Syrian population. He has extensive research work on health workforces in humanitarian settings and the weaponization of healthcare in armed conflicts.

Dr. Fouad is a Principal Investigator and Co-Investigator on several projects related to health in protracted and armed conflicts and health systems in fragile settings. He is currently Research Associate for Research for Health System Strengthening in north west Syria. He served as a commissioner in two Lancet Commissions: the AUB-Lancet Commission on Syria and the crises in global governance, health and aid and the UCL-Lancet Commission on Migration and Health. Dr. Fouad is the author of more than 80 articles, Op-eds, and reports published in top journals including the Lancet, PloS, BMJ, Conflict and Health, SS&M, and NYT 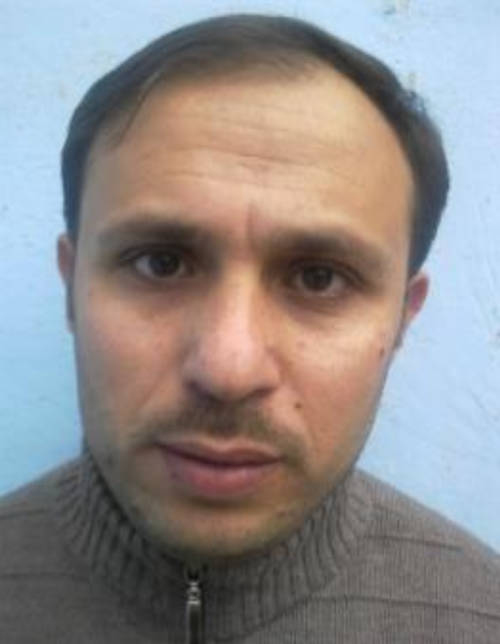 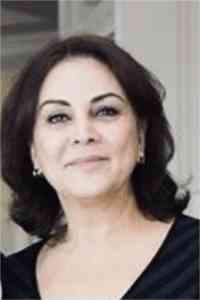 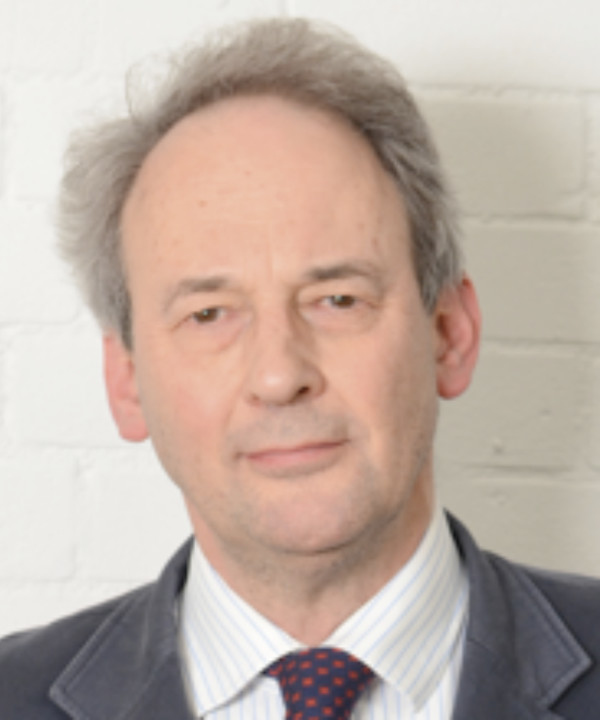 Christopher is an independent consultant with experience in the design and delivery of programmes to prevent and counter violent extremism, with a focus on sub-Saharan Africa. During over 30 years in the British Army, he has served on numerous peace-keeping and peace-building missions. His specializations include defence diplomacy, security-sector reform, training and education, leadership and programme design and management. He holds a bachelor’s degree in anthropology from Durham University and a master’s degree in defence administration from Cranfield University. 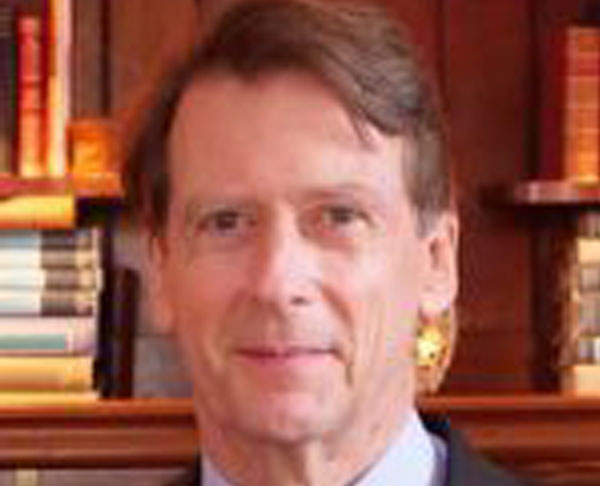 James Watt CVO joined the R4HC-MENA programme in April 2018 as Chairman of the International Advisory Board. He is furthermore currently chairman of the Council for British Research in the Levant (cbrl.org), a body funded through the British Academy supporting post-doctoral research in the social sciences and humanities in Jordan, Palestine, Lebanon and Syria, and with institutes in Jerusalem and Amman. He is also a trustee of the London Middle East Institute, at the School of Oriental and African Studies (soas.ac.uk/lmei). In addition, he is a trustee of the British Lebanese Association (britishlebanese.org) responsible for the masters-level scholarship programme. Separately he works in London as a political risk consultant on the Middle East as a partner in the Ambassador Partnership (ambassadorllp.com) and is a commentator on the politics of the region. His earlier career was in the British Diplomatic Service from 1977-2014, specialising in the Middle East and serving as ambassador to Lebanon (2003-6), Jordan (2006-11) and Egypt (2011-14). He and his wife, Amal, have homes and children in London and Beirut. 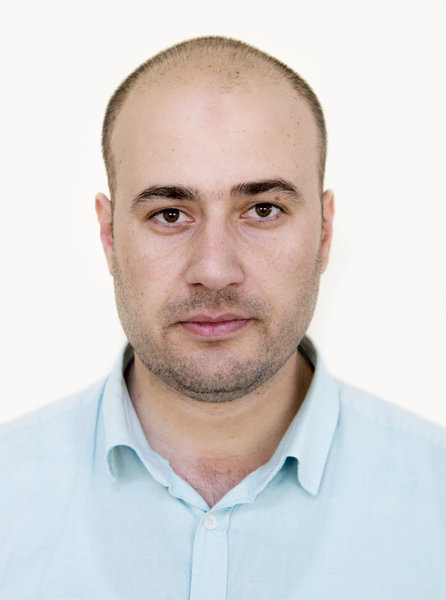 Munther Bulad is an innovative humanitarian practitioner with over eight years’ experience.  He has strong experience in management and performance management as demonstrated through his Master’s degree at Marmara University. He has significant experience with donor compliance, project management, organizational development, and reporting. In addition, he has a deep understanding of the Syrian context. Munther led the design of R4HSSS from UOSSM. He continues to support R4HSSS implementation activities at all levels and through stakeholder engagement. 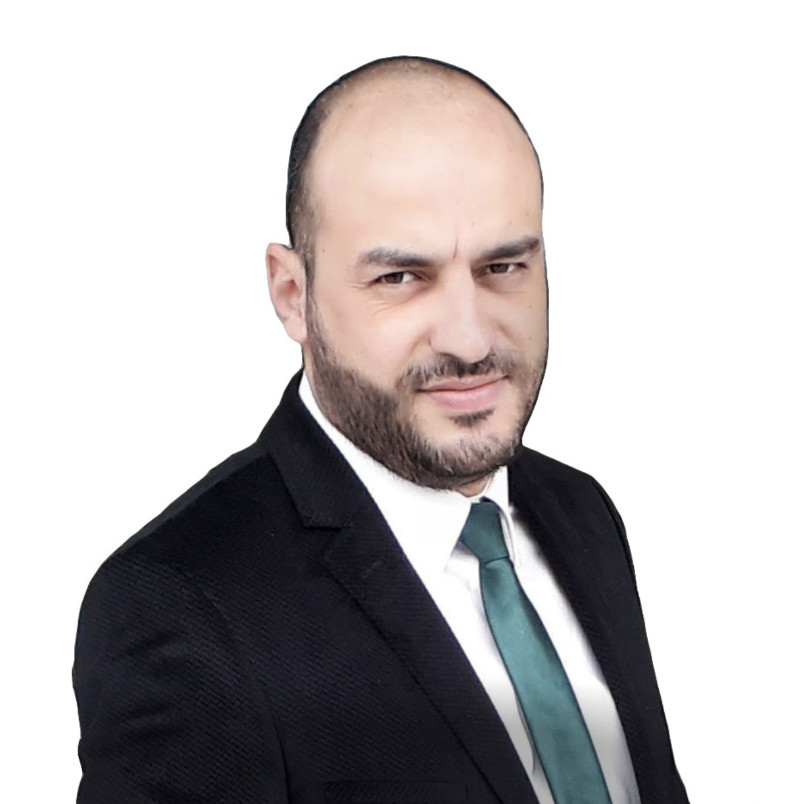 Badr AlDien Tiriaki is an Information management / GIS Specialist who has an academic background of civil engineering from Damascus university 2015, and a diploma from the higher institute of dentist 2009. He has 10 years of experience in data management, analysis, Monitoring and Evaluation.

Badr AlDien is in charge of providing technical support regarding data management within R4HSSS project to support researchers and workers in data collections, analysis and Archive information. 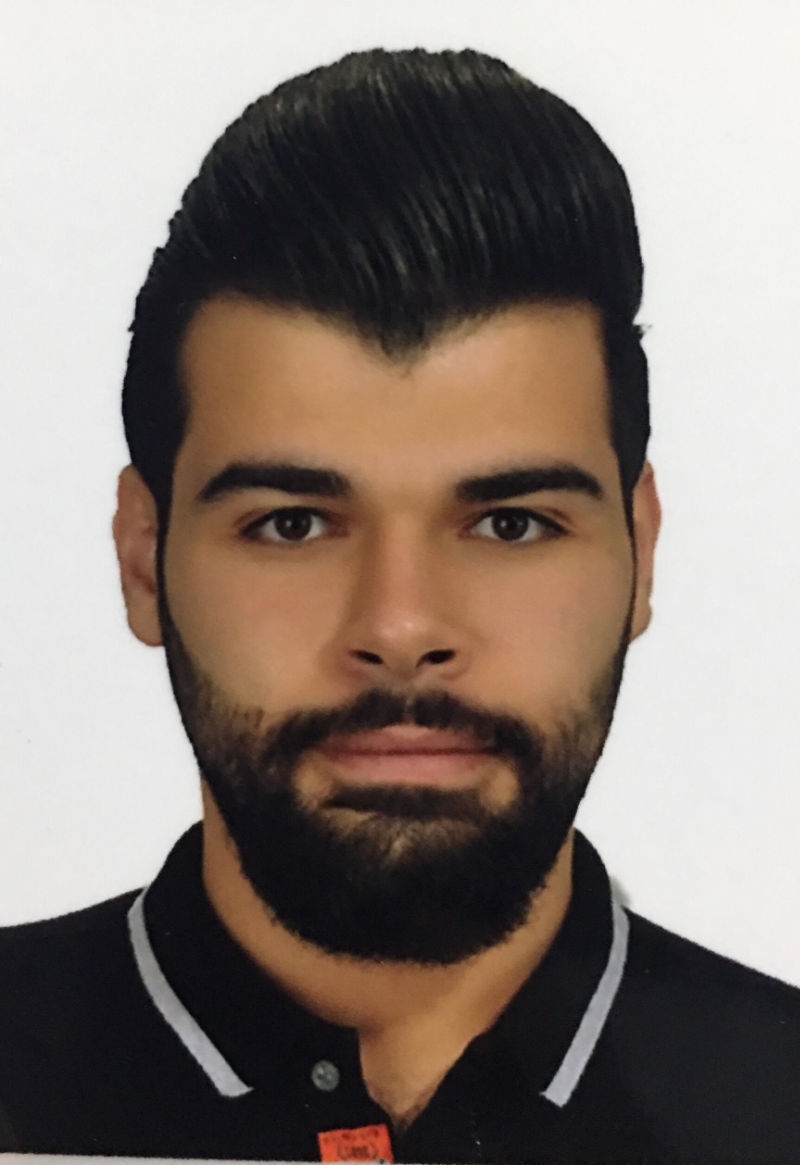 Esad is responsible for the overall project implementation, also, he provides guidance to mitigate identified problems and coordinates with project staff and other relevant stakeholders. He is in charge of overall reporting to partners, facilitate all program requirements for both IHD and UOSSM in front of partners and organize meetings with different stockholders to share information on project activities to ensure that all planned activities are implemented on time, according to quality standards and as per the monthly plan. 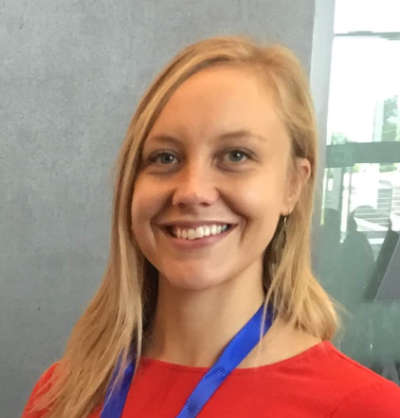 Kristen Meagher is the R4HSSS Programme Manager at King’s College London and is also a PhD student as part of R4HSSS in which she is exploring the role of women’s leadership in health systems in north west Syria.  Kristen also co-leads the Women Leaders in Health and Conflict initiative, and previously managed Research for Health in Conflict in the Middle East and North Africa. @kristenjmeagher– Twitter Kristen Meagher – LinkedIn

Page load link
We use cookies to ensure that we give you the best experience on our website. If you continue without changing your settings, we'll assume that you are happy to receive all cookies from this website. If you would like to change your preferences you may do so by following the instructions here. Ok
Go to Top