The elephant in the room: enforced disappearances in Syria – the devastating psychosocial consequences

The morning of the 13th of April 2013 seemed quite normal; I woke up very early, had my coffee, black and strong as usual, then rushed to my work as a pharmacist in one of Aleppo’s public hospitals. Shortly after I arrived, I received a call from my sister: ‘Subhi never made it home last night; we cannot reach him. Nine years later, we still know nothing of my brother’s whereabouts or whether he is alive. Our lives have been a living hell since then. My aging parents have been the most affected, each day or hour hoping to hear anything of his existence. Yet our nightmare is not an exception. Millions of Syrian families live through the very same vicious circumstances as ours. Estimates of those imprisoned number 140,000 to million with many more Syrians having been through the prison system. I explore herein, how detention and enforced disappearance (DED)[1] can be considered as a significant public and global mental health issue. I do this from first-hand experience as a family member of DED victims, as a health provider, and as a public and global health researcher.

DED in Syria is a profound issue and frequently linked with extrajudicial, arbitrary arrests. As a police state which has been under emergency rule since 1963 when the Ba’ath party took power, Syria’s civilian population has been suppressed and intimidated for decades. When the Arab spring reached Syria, the regime’s use of this weapon intensified with a significant increase in the numbers of DED cases. Shortly after the beginning of the armed conflict, DED became a common practice among all parties involved. In its August 2021report on DED, the Syrian Network for Human Rights SNHR said that at least 102,287 persons, including women and children, are detained, or forcibly disappeared mainly by the Syrian regime but also by other conflict parties including ISIS, the armed opposition, SDF and Hay’at Tahrir al Sham (see figure 1). Many believe that the true estimates are likely much higher.

[1] According to the Declaration on the Protection of All Persons from Enforced Disappearance, proclaimed by the General Assembly in its resolution 47/133 of 18 December 1992 as a body of principles for all States An enforced disappearance occurs when: “persons are arrested, detained or abducted against their will or otherwise deprived of their liberty by officials of different branches or levels of Government, or by organized groups or private individuals acting on behalf of, or with the support, direct or indirect, consent or acquiescence of the Government, followed by a refusal to disclose the fate or whereabouts of the persons concerned or a refusal to acknowledge the deprivation of their liberty, which places such persons outside the protection of the law.”

The traumas experienced by families of missing people recently intensified in April 2022 when an investigation by the Guardian revealed details and footage of the horrific Tadamon massacre that occurred in the Spring of 2013, with a video showing the cold-blooded execution of 41 people by a soldier from the Syrian army. The Syrian regime responded cynically, distancing itself from those responsible and declaring ‘terrorism’ amnesty for those who committed ‘terror acts.’ The term ‘terrorism’ has been used by the Syrian regime frequently to justify its DED activities against those who oppose it, borrowing terms from Western dialogues that focus on ‘terrorism.’ However, the trauma for the victims of DED and their families continued with a mix of hope and uncertainty; little information about who may be released or when and what repercussions against those who have been detained may continue even after their release. Many in the human rights and humanitarian spheres noted the cynicism of such an announcement which occurred shortly before the Sixth Brussels conference on Syria, the main annual funding conference organised by the European Union, suggesting it was only an attempt to appear that it was willing to make progress on human rights. Around 500 DED victims were released, but thousands more remain imprisoned. Desperate families filling public squares across Government-held Syria (see figure 2), is evidence of the abiding need for a more honest reckoning with the events of the war. It also shows how solving the big-scale DED problem is a core dimension of future social cohesion and intercommunal reconciliation. Such actions by the Syrian regime should never be welcomed nor considered a positive step as some governments and international organisations who support the regime voiced. Such events note the manipulation and brutality of DED crimes in Syria and the desperation and trauma felt by the victims and their families.  Tadamon is one example of thousands of massacres which occurred demonstrating the brutality of the regime. Though other groups committed massacres, including in revenge; their number are fewer than that of the regime. 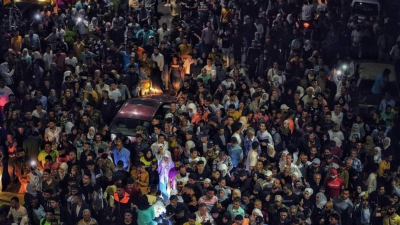 Figure 2 Syrian families have camped out, awaiting news of their loved ones since the amnesty on Saturday April the 30th 2022. Photo by Middle East Eye.

A Highlight of the Social, Public, and Mental Health Consequences of DED during the Syrian Conflict:

Although, DED affect population health in complicated ways as it impacts all aspects of social determinants of health, it is seldom seen as a public health problem, but rather approached solely as a political problem. Human rights organisations’ reports suggest that systematic torture and sexual assaults are common practices associated with DED, and the very bad detention conditions can have severe impacts on detainees’ physical and mental health. Moreover, DED interrupts the victims’ livelihoods and leaves their families in a very vulnerable position to poverty. This can specifically affect women and children. It also has a huge impact on the social fabric and cohesion of the Syrian communities if the pain of these families left undealt with and those responsible for the pain were never held accountable.

For the sake of simplifying the context and avoiding delving into the complex political context of the DED phenomena, I will approach DED’s impact on mental health from the wider victims’ angel, the families. The situation of relatives of victims of DED is highly stressful and a source of much suffering due to the ambiguous loss, the uncertainty concerning the whereabouts of the disappeared person. It is an endless series of questions that can never be answered in a given situation[1]. Social marginalisation and diminished community support have also been reported in families of missing persons in other contexts; we know very little about the situation of Syrian ones and their needs. The politically repressive environment, makes the situation more complicated. The suffering of the relatives of the disappeared is permanent, and is trans-generational   effects extend to the whole society. While suffering linked to torture is usually associated with physical pain, psychological torture causes enormous levels of suffering. Furthermore, in studies comparing the psychological or psychiatric consequences in victims of torture and relatives of the disappeared, more significant long-term impacts are observed in relatives both in terms of depression, symptoms of re-experiencing and avoidance and breakdown of fundamental beliefs about the world. The psychological literature usually mentions the impossibility of dealing with the mourning process a permanent wound for the relatives. The individual and collective testimonials and first-voice accounts of the suffering of the relatives are endless. They show that the anguish at the beginning and, as time passes, the complex post-traumatic and grieving pain of the relatives of victims also amounts, in most cases, to ill-treatment or torture. A retrospective cohort study on the mental health and psychosocial support for families of missing persons in Sri Lanka found that Families of missing people suffer from anxiety, depression as well as sever somatic and daily functioning difficulties in vast majority of study participants. These symptoms have got improved with peer-support group sessions, individual home visits, referrals to local -appropriate- services, and commemoration events to pay tribute to their missing relatives. Although there are medical and psychological evidence on relatives with close bonds in some contexts, those on victims of DED in Syria are missing; The very specific context in Syria makes the situation more complicated and places another level of challenges to approach such a problem. The divided country and context of Syria, makes having a holistic unified approach even more difficult. For example, those who live in the government-controlled areas can say nothing about their missing person; the system there does not allow liberty to respond to such problem in the first place. Whereas in opposition-controlled areas, the scarcity of resources and instability are the challenges to a better mental health system.

Key implications for public and global health researchers: there is a huge gap in what we know about this topic; evidence-based and victims-cantered approaches to psychological assessment, needs, and interventions. Also, generating enough evidence to understand barriers to utilising mental health services is needed. However, we need to keep in mind: